The Binance Chain Mainnet has completed the upliftment of its testnet services right after the commemoration of its second anniversary. The number one cryptocurrency exchange by volume has recently confirmed the completion of its mainnet upgrade on its both CEX and DEX platforms most-commonly referred to as The Galileo Upgrade. The upgrade was nicknamed, just in the spirit of innovative advancement, after the famous Scientist – Galileo Galilei.

According to the announcement, there are four major changes implemented in Galileo: the matching engine has been revised with “Taker” and “Maker” matching logic, trading pairs on Binances decentralized exchange, Binance DEX, can be delisted, Binance Chain token assets can now be time-locked and state sync options have been enhanced.

See also  The Beginning and Inventors of Cryptocurrencies

Commemorating the 2-year anniversary of Binance, the DEX arm of the exchange tweeted a post inviting its followers to get familiarized with more details of the updates. 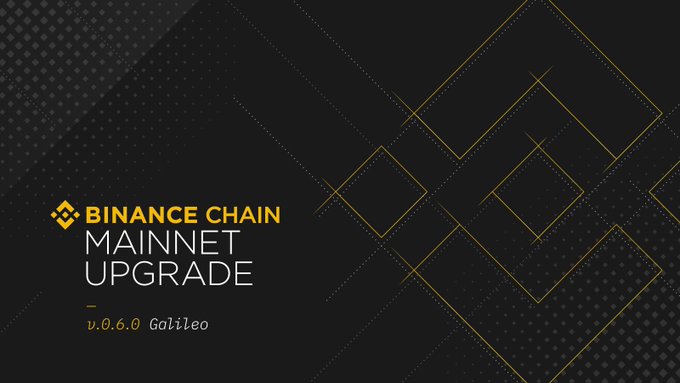 According to the full rundown of Galileo, the latest mainnet is a hardfork of its previous version. This means Galileo required at least two-thirds consensus from validators in order to successfully upgrade from the previous version.

Bitcoin Featured How To
ByAuthor Dictoms.comPosted on September 29, 2017
265

Cambodia May Issue A National Cryptocurrency

At Tax Time, Who Really Owns That Crypto...

“We cannot accept private companies issuing their own...

For updates and exclusive offers, enter your e-mail below.